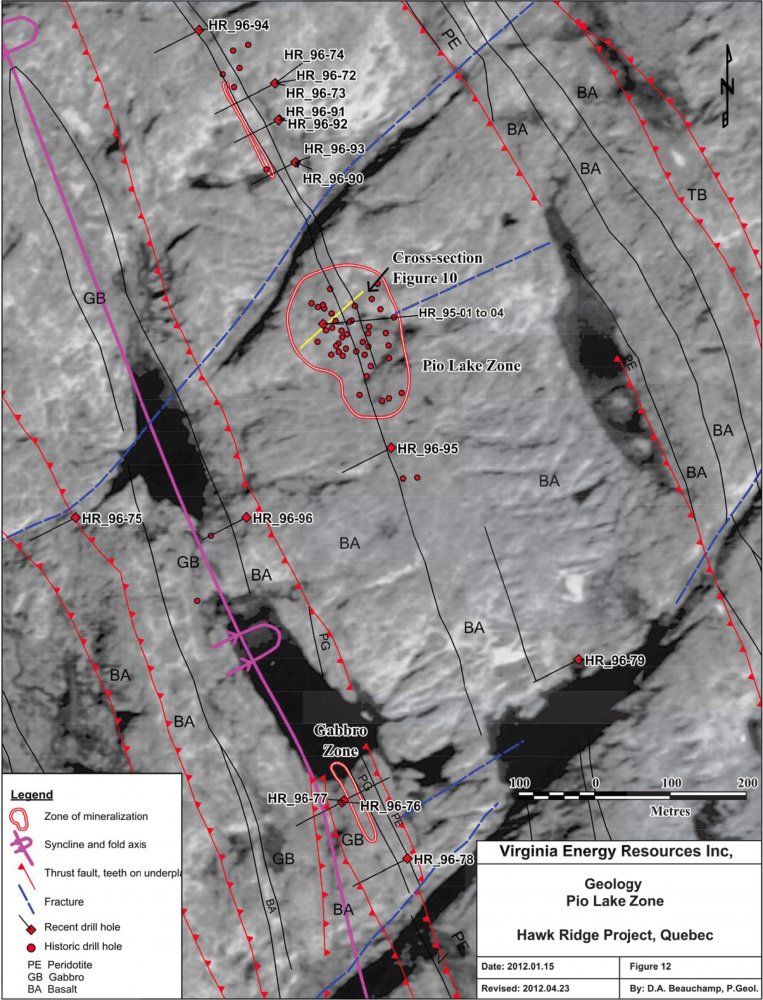 In 1973-74 a total of 6437 tonnes of mineralization were mined from underground and open pits from both veins. In the East Vein the remaining resources was estimated at 7260 tonnes grading an average of 6.9% Cu and 0.3% Ni. In the West Vein the remaining resource was estimated at 9662 tonnes grading an average of 6.6% Cu and 3.2% Ni (Lone Star Mining, 1974). No data was included in Lone Star’s report to determine the method used to calculate the resource, and none of the parameters used to calculate the resource were described in the report. This historical resource estimate is on the Hawk Ridge Property but the calculation does not conform to the categories used in NI-43- 101 regulations. There are no more recent resource calculations available on the Pio Lake Zone and since the core is no longer available additional drilling would be required to confirm or update the historical resource calculations. A qualified person has not done sufficient work on to the data to classify this historical estimate of mineral resources, this resource should not be treated as a current mineral resource and should not be relied upon. The historical resource estimate is not being treated as current mineral resources or reserves. 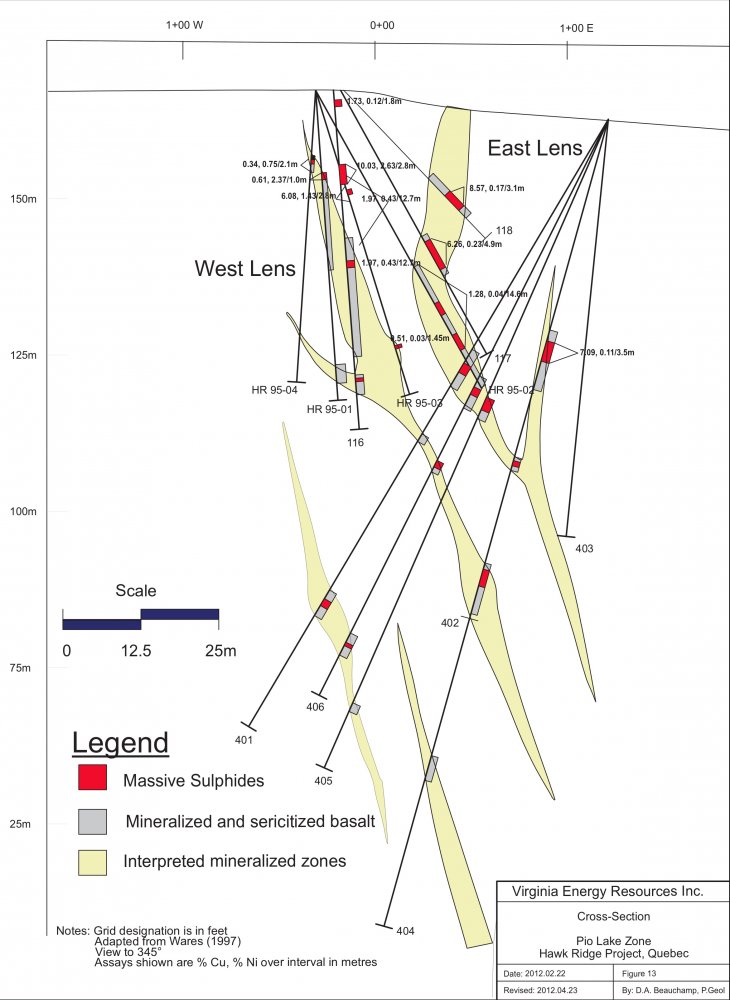